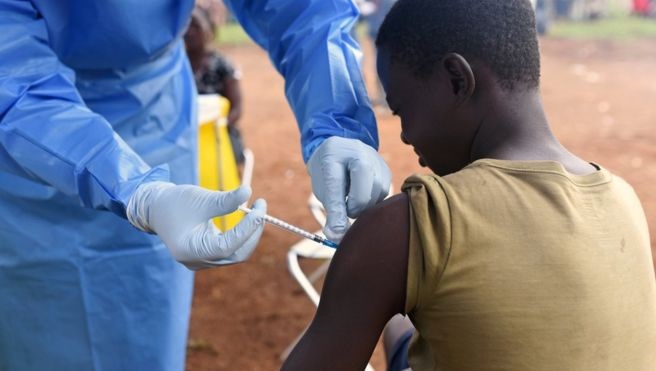 On April 30, 2019, the World Health Organization (WHO) released a statement regarding the situation in Ebola-stricken Democratic Republic of Congo (DRC) after the death of WHO epidemiologist Richard Mouzoko. Dr. Mouzoko was killed by armed men on April 19, 2019 in Butembo University Hospital while responding to the outbreak.

According to WHO Director-General Dr. Tedros Adhanom Ghebreyesus, the number of Ebola cases has increased due to the setbacks following violent acts in the area. Dr. Ghebreyesus and WHO Regional Director for Africa Dr. Matshidiso Moeti met with local political, business, and religious leaders to aid in stabilizing the area to accelerate relief efforts. Surrounding areas in Butembo has over 100 militia groups and the persisting misunderstanding and distrust towards health workers and international aid render the effort to contain the virus arduous.

The Ebola response team recently re-launched their community engagement, vaccination, and case investigation activities after the hospital attack. Dr. Ghebreyesus stated that they need major shifts in the response and are in need of support from the international community to “fill the sizeable funding gap.”

On April 28, Congolese health authorities recorded the highest number of Ebola deaths in a single day at 26 mortalities. Reuters reported a one-day record of 27 new confirmed Ebola cases on April 28, 2019, raising the week’s number to 126 – the biggest since the outbreak’s declaration August. The previous was 110 cases. Over 500 people are currently receiving treatments.

At the time of writing, a total of 957 deaths (891 confirmed and 66 suspected) since the outbreak in August 2018 in North Kivu and Ituri provinces. 33 of the deceased are health personnel who got infected while caring for patients. This is the tenth Ebola outbreak in 40 years and is the second-largest in history after the 2013-2016 epidemic in West Africa which killed more than 11,300 people.