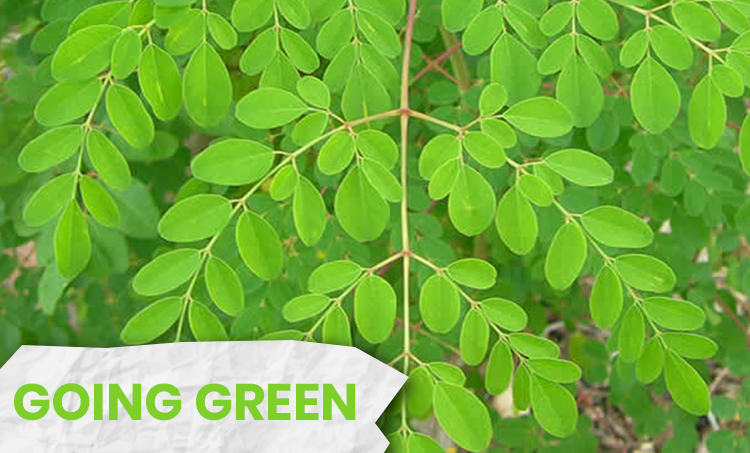 Towns are supposed to turn green this time around. But since we’re still in a pandemic, we ought to stay home and keep ourselves healthy and fit because there’s always a virtual spin to keep up the enthusiasm. A good immune system is paramount at this time and is our best defense against the novel coronavirus. So what better way to start healthy than eat something green and leafy?

Whenever I see a shamrock or four-leaf clover, I recall an indigenous leafy distant cousin that shares quite a resemblance: the tropical superfood moringa oleifera or drumstick tree. This wonder veggie may not instantly remind you of St. Patrick’s Day but will certainly charge you with loads of vitamins and minerals. 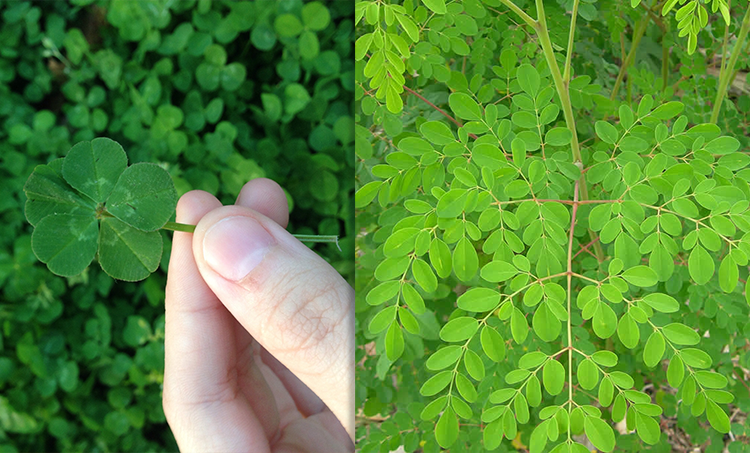 In the Philippines, the moringa (locally known as malunggay) can grow almost anywhere at any time. A famous Filipino vegetable song may have skipped this humble tree, but you won’t miss sighting it in someone’s yard. Anyone can just ask for a few stalks from their neighbors. Since it’s readily available, it has been a part of Filipino cuisine way before the popularization of herbal supplements and other superfoods.

The moringa’s fame resulted in moringa food supplements and the obsession with adding it to foods and drinks whenever possible. This also led to legislations declaring it as the country’s national vegetable and spur its commercial production and use. In fact, November is declared National Malunggay Month as part of the government’s efforts in fighting malnutrition.

Dubbed as the “miracle tree,” the moringa is used to combat malnutrition in many developing countries in Asia and Africa. It is also the primary ingredient in almost every food supplement for diabetes and other nutraceutical products in the country. Ground moringa in vegetable-derived capsules, coffee, and tea alternatives are widely available for the growing health-conscious individuals. Government agencies like the Department of Science and Technology and the Department of Trade and Industry also stepped in to support small organic and nutraceutical businesses in their research and marketing.

Even instant noodles and pasta are also given a healthy twist, including other food staples. Take for instance the Filipino favorite pan de sal or common bread roll. Pan de sal is every Filipino’s favorite pair for that cup of hot Barako (Liberica) coffee. That good old neighborhood baker smells like this freshly baked bread roll at dawn, only to get sold-out come 9AM. Though infused with different flavors like purple yam and cheese, strawberry, pandan, and even choco butternut, the moringa pan de sal is a favorite. It instantly became a hit, and other popular pastries followed suit.

Only time will tell how long these trends remain, but there’s something as timeless as the moringa: the traditional dishes. Way before moringa’s global fame, the Filipinos have been using the plant in their cooking. Classic favorites include chicken tinola (soup), sauteed mung beans, and squash stew with coconut milk. Filipinos are fond of adding greens to their soups because anyone can easily grow them in their backyards. More so now that people are picking up gardening and planting as their new hobbies, thanks to the year-long quarantine and working from home.

The pandemic has taught us more than proper hygiene, handwashing, and cough etiquette. People all over the world have come to appreciate what it means to be healthy, and here goes the self-care revolution and priority reevaluation. Just like the rest of the world’s population, Filipinos have been consumed by the work-hard-play-hard mentality and lifestyle. Though nightmarish in every aspect, the pandemic still served as a reminder to think more about our greatest wealth: our health.