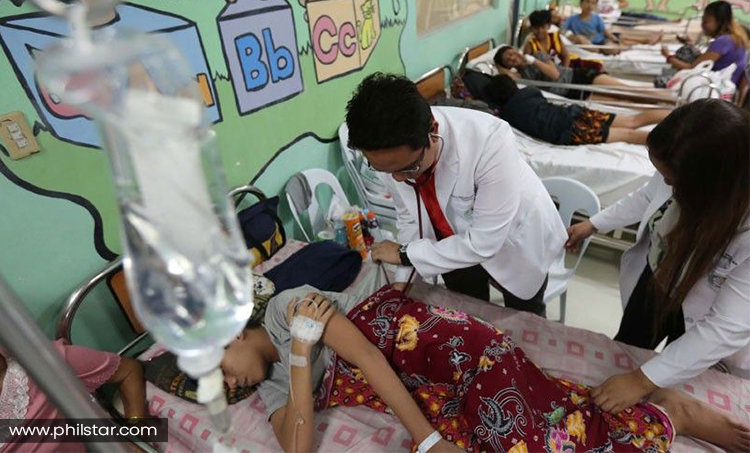 Iloilo City included, the region is undergoing its worst dengue epidemic in recorded history. As of 29 June 2019, statistics indicate 13,164 dengue cases. These numbers rapidly swelled from to 18,834 cases in just twenty days. Thus far, 94 deaths have been recorded, including children of local chief executives. Cases are spread across the more urbanized areas and rural, agricultural municipalities.

Such cases were on the rise since January 2019 but began ramping up as the wet season made its way in June. There are only 11 hospitals in the entire region for 7.7-million Filipinos. Although equipped with a Rural Health Unit, these facilities are not equipped to deal with dengue outbreaks. Farther towns made do with gymnasiums and schools as temporary medical units. The national government has transferred most of the manpower in rural health units to the better equipped urban hospitals while assuring the public that the health units are still manned. Foreign aid has been steadily streaming in while local and international professionals are being brought in to augment Region VI’s healthcare.

Majority of the victims are children age, prompting most universities to conduct school-wide cleanups and ‘misting’ operations. School-based immunizations are also being utilized and are projected to be finished by September. Children aged 1-10 years old are especially vulnerable according to Department of Health Regional Director Marilyn Convocar as history shows a 60% fatality rate for this demographic.

The Department of Health Region VI have assured the public that there is plenty of blood supply thanks to blood-letting drives and donations from previous months. The worst is yet to come as the wet season in the Philippines continues until November with occasional typhoons dotting the weather forecast. The government warns that failure to cooperate with dengue countermeasures could result in more cases in the next three months.

Rey Palmares is a writer for Xilium and at the same time a student of the law in the Philippines. His work in Xilium is toward his dreams of being a lawyer and also publishing a book someday. While he is relatively new, his informative and entertaining style of writing shows that Xilium has become a home to the very shy writer.
The following two tabs change content below.